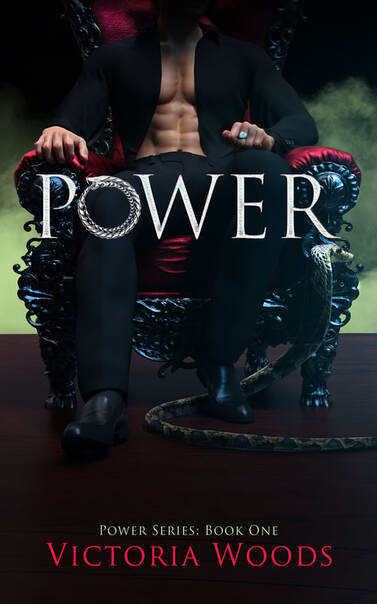 Power is the first of four books in the Power Series based in the world of the sexy and powerful Sethi Brothers and the first in a duet based on Shyam Sethi. It ends on a cliffhanger and Book Two will be needed to complete the story.

My biggest adversary is out to take everything from me.
My family. My business. My power.

I have sworn to make him pay for his deceit,
but first I must track him down.

I own the biggest tech company in the world as a front for my criminal ways, but she has something I am missing.

I am drawn to her. I cannot keep away. She consumes me. 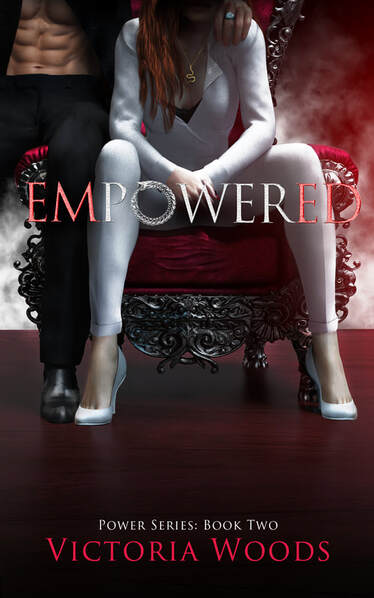 Empowered is the second of four books in the Power Series based in the world of the sexy and powerful Sethi Brothers and the second in a duet based on Shyam Sethi. It picks up where Power left off and completes the story.

He vowed to protect me, but even he could not keep me safe.

Now I am gone—hidden away deep in the lair of the devil.
No one is coming for me.

I have only myself to rely on.

Has anyone outsmarted evil and lived to tell their tale?
I’m determined to be the first.

Perhaps I should fear the one that I am running to more than the one I am running from, for he is the one who truly  has the power to slay me.

Control is the third of four books in the Power Series based in the world of the sexy and powerful Sethi Brothers and the first in a duet based on Jai Sethi. It ends on a cliffhanger and Book Four will be needed to complete the story.

It's all mine now.
Power. Money. Legacy.

I've wanted this for as long as I could remember.
I just didn't expect it to include ghosts from the past.
They haunt me and everyone I care about--threatening to ruin us.

My destiny seems bleak, until Claire Varon.
Fire disguised as ice. The devil with the face of an angel.
Like the eye of a hurricane before the worst part of her storm has yet to strike.

Her secrets push away anyone who dares to get close.
But, I have secrets of my own, making me a worthy adversary against the impenetrable walls she's trapped herself within.

The only thing we agree on is the need for control.
What she doesn't know is that I always win.
Amazon
goodreads

Uncontrolled is the fourth of four books in the Power Series based in the world of the sexy and powerful Sethi Brothers and the second in a duet based on Jai Sethi. It picks up where Control left off and completes the story.

Secrets and lies will only ruin you.
This is the truth I know.

For years, I kept to myself, erecting walls to keep others out, until a chance meeting with a stranger.

A powerful man succumbing to pleasure.
He noticed me lusting after him--vying to be the one who could bring him to his knees.

How could I have known that one night would transform into a ride so wild and fervent?

He had walls of his own.
Neither of us were willing to destroy our barriers, and replace them with trust.

Instead, our secrets and lies ruined us.

Only two things could bring us together again: our mutual disdain for the enemy and our undeniable passion for each other.
And both would prove too uncontrolled for either of us to endure.

***Trigger Warning***
Subject matters like rape, abuse, and human trafficking that may be dark and disturbing to some readers is included in this book. None of these topics are glorified or deemed as acceptable actions in this book. 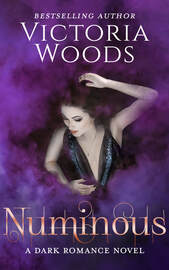 Prophetic nightmares. Spirit possession. Dark magic.
Childhood obsession turned irresistible passionate affair.
How does a sweet girl from Louisiana get tangled into a web of horror and lies?

Julien:
I had the hard heart of a hustler. It was the only reason I had lived this long to tell my tale.
The American dream was mine for the taking.
My past would never be my future, and nothing would get in my way—or so I thought. Turquoise-eyed spirit--that’s what I called her. She had bewitched me the moment I laid eyes on her.
But her curiosity in a world that she had no business tampering with was too much for me to handle. I warned her that it would only bring trouble, but she didn’t listen.
What I wasn’t expecting was that trouble would find me in the most unexpected way.
Giving her up would be the most difficult thing I had ever done, but it was my only option.

Blossom:
America’s sweetheart.
As the innocent daughter of a Southern politician, this was the role that I had been groomed to assume. I was expected to fulfill the family legacy and marry a man I could hardly stand.
But magic beckoned me—the type of magic that one should think twice before conjuring.
Its pull was almost as strong as the dark and mysterious stranger that had crossed my perfectly straight path.
He was everything that was missing from my life: excitement, danger, seduction.
One kiss, and I was instantly his—until sinister forces threatened to tear him away from me.
How could I survive without him? But then again, I wasn’t so sure I could survive staying with him.
Now, my only saving grace was something that I couldn’t explain—that feeling that they call numinous.